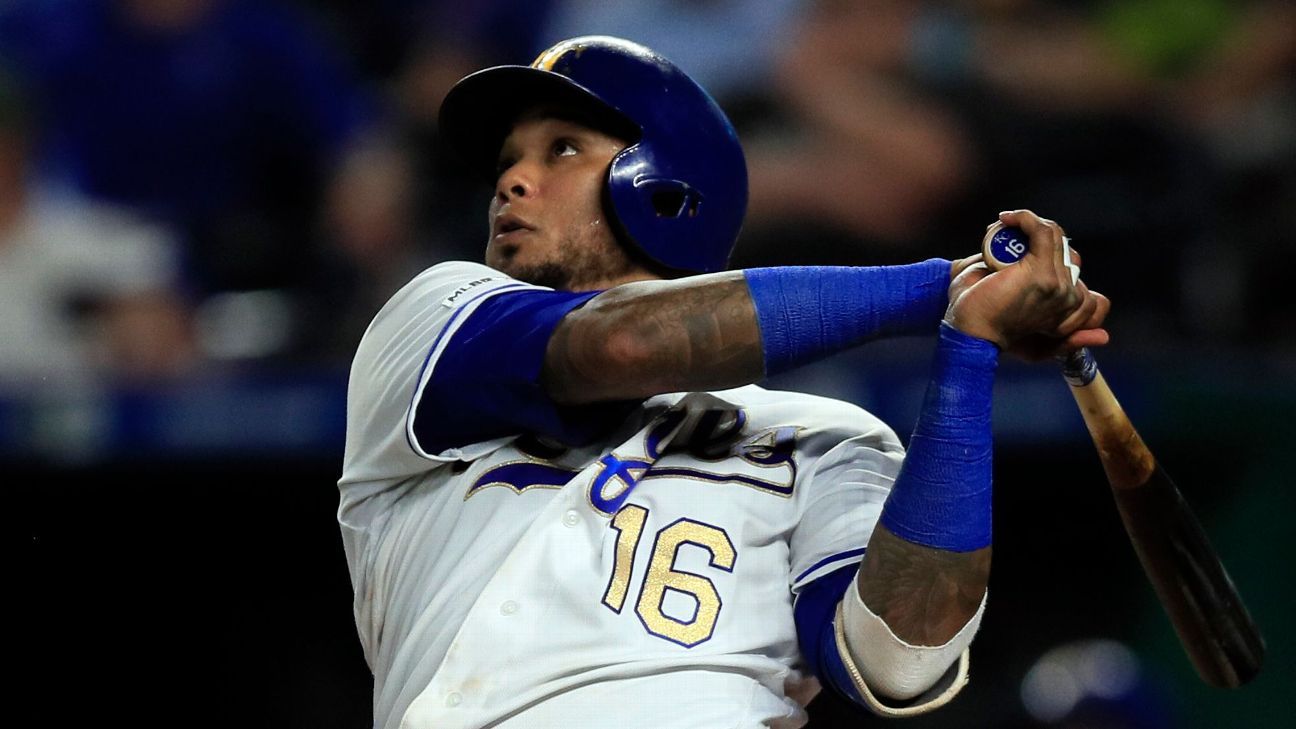 The Chicago Cubs acquired catcher Martin Maldonado for left-hander Mike Montgomery, the reliever who secured the last out in the Cubs’ 2016 World Series championship season.

Maldonado, a defensive-minded 32-year-old catcher, should be an immediate replacement for All-Star catcher Willson Contreras, who hit the injured list Monday with a strain in the arch of his right foot. While Contreras isn’t expected to miss a significant amount of time, Maldonado serves as a solid insurance policy.

He has been one of the best defensive catchers in baseball this season and was traded last July, too, going from the Los Angeles Angels to the Houston Astros. He signed a one-year, $2.5 million with Kansas City and started in place of Salvador Perez, who’s out for the year with Tommy John surgery.

Once Contreras returns, Maldonado will serve as a backup. The move could free the Cubs to use backup catcher Victor Caratini in more of a utility role to get him more plate appearances.

Montgomery, 30, was on the mound when Kris Bryant threw the ball to Anthony Rizzo to secure the final out of the 2016 season. It was his first career save and the highlight of his Cubs tenure, which started that season.

Drafted by the Royals in the first round of the 2008 draft, Montgomery was a top prospect before being dealt in a deal that netted Kansas City James Shields and Wade Davis. He was dealt soon thereafter to Seattle and arrived in Chicago a year later in 2016. Montgomery has vacillated between the starting rotation and a relief role, though he prefers to start and is likely to do so in Kansas City.

He has struggled this season, posting a 5.67 ERA in 20 relief appearances and seeing his peripheral numbers suffer as well. The Cubs have been trying to deal him for months, sources told ESPN’s Jesse Rogers.

Montgomery does come with two additional seasons of club control, which made him attractive to Kansas City, while Maldonado will be a free agent after this season.

‘He’s here with us’ — How the Angels honored Tyler Skaggs with an emotional, historic tribute 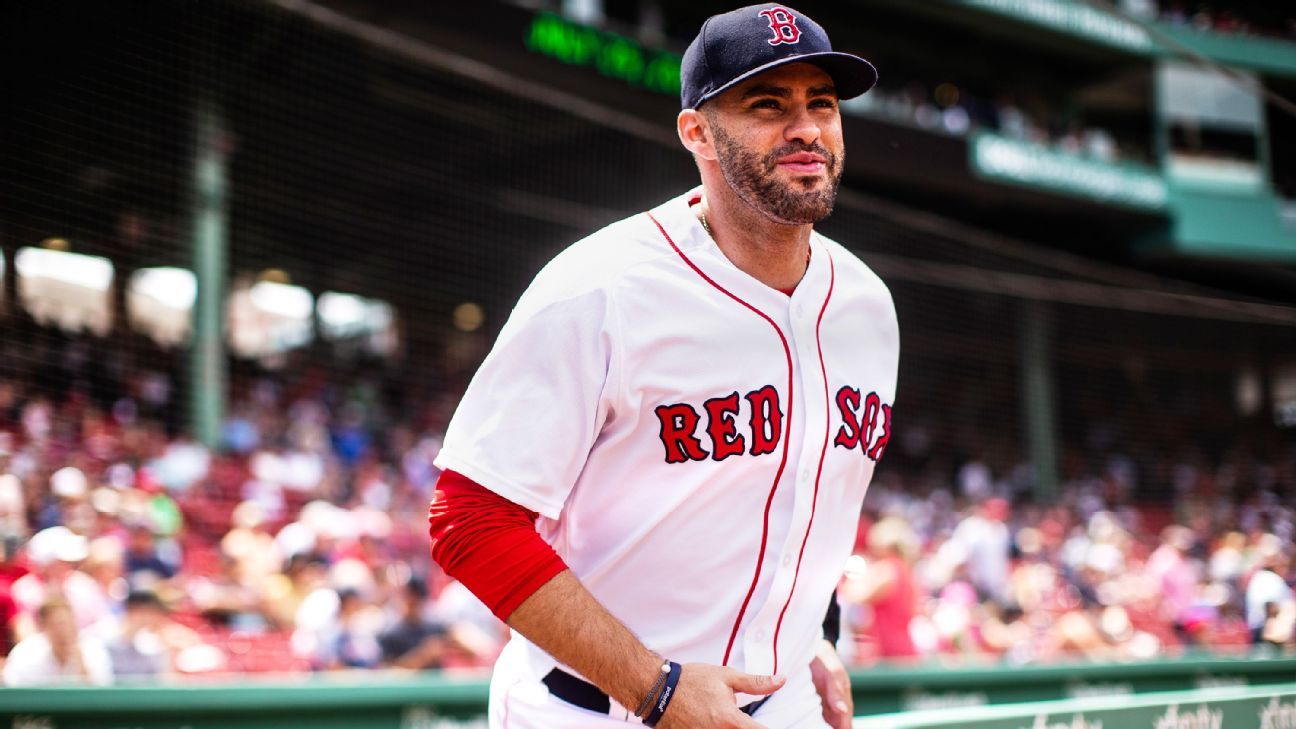 “I’m excited for the investigation to get over with just so they can see there was nothing going on here,” Martinez said at the team’s Winter Weekend fan festival.

When asked if he believed the investigation would reveal no wrongdoing, Martinez responded affirmatively.

“I believe that, yes,” Martinez said.

Martinez played a critical role as an offensive catalyst in Boston’s run to a title in 2018 and has been an anchor mainstay in the Red Sox lineup in his two seasons, while gaining a reputation with the Boston media as a straight-shooter. When pushed by reporters about why he was so strong in his belief, Martinez did not budge from his stance, saying that the team did nothing wrong. Major League Baseball opened an investigation Monday to probe claims the Red Sox used video to decode opponent sign sequences and passed the info to their players in 2018, as alleged in a report by The Athletic.

“I was in there, so I saw straight up,” Martinez said. “Everyone seems to forget that in 2016 and 2017, this was a really good team. They won 93 games those two years and then we got better. Like I said, I’m excited for it. Really not allowed to comment on it, but we’ll see what happens.”

Martinez, who hit .304 with 36 home runs, 33 doubles and 105 RBIs in 2019, also commented on his relationship with pitcher Mike Fiers, who went on the record about Houston’s sign-stealing scheme to The Athletic, kicking off the entire scandal. Martinez and Fiers played together at Nova Southeastern and have been friends for a long time.

With less than a month before spring training, Red Sox chief baseball officer Chaim Bloom has kicked off his search for Cora’s replacement. Martinez added that he thinks bench coach Ron Roenicke is a strong candidate to be the next Red Sox skipper.

“I guess it’s up to Chaim to pick that,” Martinez said. “I could definitely see it coming from within. Ron is a great candidate and he knows our team, so I wouldn’t be surprised if it’s him or something. I don’t know.”

Even with the instability in the manager’s office at Fenway Park, Martinez believes the 2020 Red Sox will be fine, given the continuity in the clubhouse among players over the past few seasons.

“This is a group of professionals and a very talented team,” Martinez said. “You look at our team and there’s a lot of talent, a lot of guys that know how to play the game, and I’m excited. Guys are only going to get better and continue to grow. Look at [Rafael] Devers last year. Who’s to say he’s not going to grow?

“Christian Vazquez is going to get better. Jackie Bradley Jr. will have a bounce-back. Andrew Benintendi will get better. These are all relatively young guys that are still forming and coming into their own. I’m definitely excited because the injuries that happened with Chris Sale last year, with David Price, those are two big guys for us. How Eduardo Rodriguez threw the ball last year, there’s a lot of room for growth here. Not a lot of guys coming out of their prime. A lot of guys going into it.” 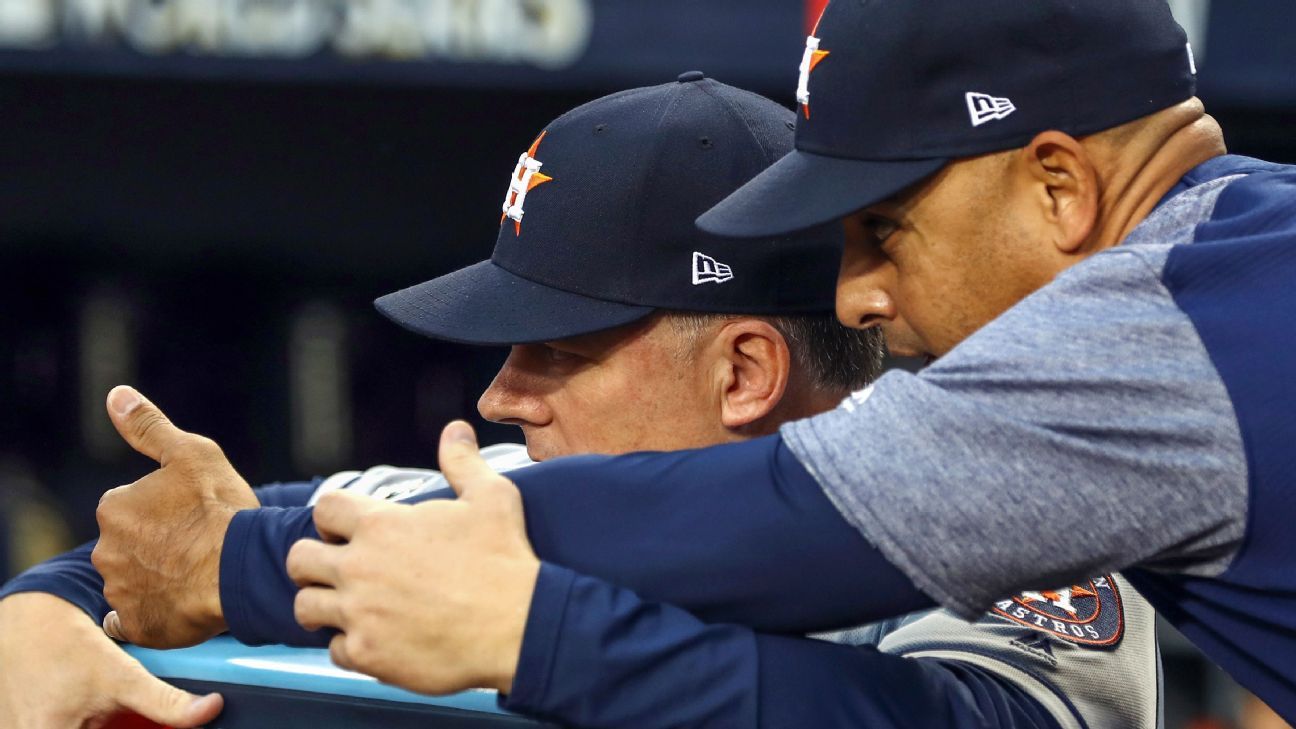 More than half of Major League Baseball fans believe Houston Astros players should have been penalized along with team management in the aftermath of the sign-stealing scandal that has gripped the game over the past week, according to an online survey conducted among 1,010 adults, including 810 MLB fans, nationwide Thursday and Friday on behalf of ESPN.

Fifty-eight percent of adults responded that Astros players should have been penalized by MLB commissioner Rob Manfred, according to the survey. In addition, the vast majority (72% of adults and 76% of MLB fans) said they would support MLB taking additional steps to punish players who were involved in sign stealing.

According to the survey, MLB fans are paying a lot of attention to the scandal, with 61% of the game’s fans polled saying they are closely following events involving the Astros and Boston Red Sox. One-third of MLB fans say they might watch those two teams less, though most Americans say the doping/steroids scandal was worse than the current sign-stealing scandal that led the Astros to fire general manager Jeff Luhnow and manager AJ Hinch, with the Red Sox parting with manager Alex Cora, a former Astros bench coach.

The New York Mets were not involved in a sign-stealing scandal, but parted with new manager Carlos Beltran, who was involved with the scandal while a player with the Astros. The survey was started before Beltran and the Mets parted.

Among MLB fans, it’s about an even split when it comes to whether the teams caught cheating should have their championships stripped, with 56% saying the Astros should relinquish their 2017 championship and 53% believing the Red Sox should do the same.

While 60% of adults and MLB fans alike say the scandals make no difference in their likelihood to watch MLB games, around a third of fans say they are less likely to watch the Astros or the Red Sox.

Roughly 3 in 4 Americans (74%) and MLB fans (76%) believe most teams were using technology to steal signs, but it’s just the Astros and Red Sox who got caught.