Bryan Rust scored a tiebreaking goal midway through the second period and the Penguins continued their playoff push and avoided the embarrassment of being swept by the lowly Devils with a 4-3 victory on Tuesday night at Prudential Center in Newark, despite the fact the character David Puddy of “Seinfeld” fame was in attendance.

“Puddy”, played by US actor Patrick Warburton, was made famous in an episode of the iconic sitcom where painted his face in Devils colours in an episode and shouted: “We’re the Devils.”

Over 20 years on, the joke hasn’t died down.

Warburton dropped the puck before the game in a ceremonial opening to the night, but the real moment that sent mouths running was the TV star’s slip-up on the ice as he exited the rink.

After seeing the replays it looked like Puddy tripped himself in a nod to the last time he dropped the puck at a Devils game. Can’t break character!

OMG you guys. Puddy just totally wiped out face first on the ice.

Defenseman Chad Ruhwedel, Nick Bjugstad and Zach Aston-Reese also scored for Pittsburgh, which has won four of its last five in its bid to make the playoffs for the 13th straight year. The streak is the longest active playoff run in the NHL.

Matt Murray made 33 saves, including 15 in the third period, to help the Penguins salvage the final game in the four-game season series.

Jesper Bratt, Marcus Johansson and Miles Wood scored for the Devils, who had a two-game winning streak snapped. Keith Kinkaid had 24 saves in losing to the Penguins for the first time in four games this season.

“It could be the story of the season, we don’t play a full 60 (minutes),” Kinkaid said. “I don’t think their shots were too harmful, like I said a crazy curve on the fourth one and I have to find a way to squeeze that third one. I didn’t see it right away. It’s one me I have to come up with the big save. I think we played well enough to win.”

Rust broke a 2-all tie at 10:45 with a shot from the inside of the right circle after a great rush up the ice by Jake Guentzel. Kinkaid got a piece of the shot but the puck squirted through his pads and rolled into the net.

Ruhwedel, who just returned to the line-up after sitting out since Nov. 19, got his first of the season and what proved to be the game-winner on a shot from the point that found the top corner of the net with 2 1/2 minutes to go in the second.

Wood closed the gap to a goal with 4:50 to play on a slow shot that somehow got under Murray’s stick.

The Devils twice took one-goal leads in the first period only to see the Penguins tie the game.

Bratt scored for the second straight game to put New Jersey ahead early. Sidney Crosby extended his points scoring streak to six games by setting up Aston-Reese in front four minutes later to tie the score.

Johansson restored the lead when he stripped the puck from Phil Kessel in the Penguins zone and beat Murray with a backhander up high. Bjugstad scored on a power play with 1:36 left in the period for his second goal since being acquired from Florida on Feb. 1.

The Devils gave the first 9,000 fans in attendance a David Puddy bobblehead. He’s the

Warburton, wearing a Martin Brodeur jersey, was also on hand to drop the puck on a ceremonial face-off between the Devils’ Andy Greene and the Penguins’ Sidney Crosby. 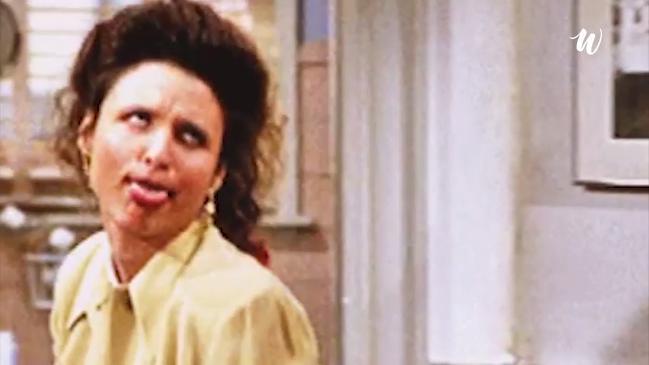 One NHL fan used the arena’s “Kiss Cam” to play a cruel joke on his date Thursday, likely earning him a trip to the penalty box.

The unidentified fan, sporting a Mat Barzal jersey at the New York Islanders’ home fixture, kissed the woman next to him after appearing on the Nassau Coliseum jumbotron.

Watch LIVE coverage of the 2019/20 NHL Season & more US Sports with ESPN on KAYO. New to Kayo? Get your 14-day free trial & start streaming instantly >

He then stepped into the aisle and got down on one knee as if he was about to propose.

The woman stood up, and appeared amazed but instead of producing a ring, the man just tied his shoes.

The Islanders ended up losing to the New Jersey Devils, 2-1.

Although the playoffs seem out of reach, the Devils are not going to waste the rest of the season.

“We are playing with confidence and we are making plays,” Hischier said.

“From one guy to the last guy, everybody digs in.”

P.K. Subban also scored and Mackenzie Blackwood added 29 saves to help the Devils improve to 6-2-1 in their last nine games.

“We got away from our game of making it really hard on them,” Islanders coach Barry Trotz said.

“I thought we were doing a pretty good job for the first 30 minutes. We got to stay to what we do well. If there is a play to be made, make it. If it’s not, then let’s put it in a place where we can retrieve it or continue to possess it. I didn’t think we did that right through the whole game.”

The Islanders’ next fixture is against the Colorado Avalanche on Tuesday.

Originally published in the New York Post and republished with permission

It’s worth a try.

Anthony Beauvillier has scored 10 goals for the New York Islanders this season, but he spent his Christmas taking a different kind of shot.

Watch LIVE coverage of the 2019/20 NHL Season & more US Sports with ESPN on KAYO. New to Kayo? Get your 14-day free trial & start streaming instantly >

The tweet has since garnered well over 19 thousand likes and climbing and has brought about plenty of wingmen in the replies trying to help his case.

“Remember Beau when you saved me from a burning building, cooked me a 7 course meal and taught me 8 languages,” former Islander defenceman Bruno Gervais replied. “That was a great day.”

Remember Beau when you saved me from a burning building, cooked me a 7 course meal and taught me 8 languages , that was a great day

The replies didn’t stop there however with everyone getting in on the act and retelling stories of Beauvillier coming to the rescue and helping them out, in an attempt to help the young ice hockey star out.

Hey Anthony thanks again for paying a whole years worth of my rent. I don’t know how I can repay you. Much love

All I know is when I needed a brain transplant, Anthony was there. And not just by himself, oh no. But with the children from the orphanage he adopted and all the kittens he saved from the pet store.

The folks at @NASA called, looks like they’re gonna need you to save the world from another planet-ending asteroid again. Yeah I know, it’s getting old saving the world, but face it you’re our only hope!

Thanks, the entire world owes you for your sacrifice!

Kendrick, 34, is best known for her starring roles in “Pitch Perfect” and “Up in the Air,” and is in the new Disney+ original “Noelle.”

And almost 48 hours after the tweet from Beauvillier, Kendrick replied thanking fans for the tales his “heroism”.

These replies have been my entertainment for the last two days. Thank you all for regaling me with the true tales of this man’s heroism.

Beauvillier, 22, has been one of the Islanders’ most-improved players this year, helping the team to a 23-9-3 record, the third-best mark in the league.

This story first appeared in the New York Post and was republished with permission.

It turns out Canadians are just naturally ridiculously good at ice hockey.

A Montreal fan became $55,000 richer when he nailed an incredibly tough shot from the other side of the rink at an NHL game.

Making it all the crazier? The guy doesn’t even play hockey.

Stream extensive coverage of the 2019/20 NHL Season LIVE with ESPN on KAYO SPORTS. Get your 14-day free trial and start streaming instantly >

Patrick Proteau won tickets just to be at the Canadiens v Detroit Red Wings game on Saturday, and then was plucked out of the crowd for a fan competition during the second intermission.

He had three shots at goal to win prizes, getting more and more difficult. He hit the first one, winning a mini-fridge, before missing from the middle of the rink which would’ve won him season tickets.

Then came the third shot from behind the opposing blue line – approximately three quarters of the way to the opposite goal to the one he was shooting at, basically. Making things worse, the hole in the goal he had to hit was barely bigger than the puck itself.

“They offered me a hockey stick, left or right?” Proteau said. “I don’t know. I don’t play hockey.”

“It was beginner’s luck. I didn’t think it was going in.

“It was going in slow motion, and then I was wondering where (the puck) went until everyone started cheering, and then my jaw dropped.”

Proteau understandably plans on taking his family on a holiday with the money, given Montreal will only get above freezing temperatures on three days over the next week.

But then being around all that snow is probably why he won the money, so it all works out in the end.

How the internet helped crack the Astros’ sign-stealing case